Archibald MacLeish (1892–1982) won three Pulitzer prizes, two for poetry and one for his play about Job, J.B, which also won a Tony Award. His collected poems won the National Book Award. Like some other famous writers of his generation, MacLeish served as an ambulance driver in World War I but also as an artillery officer. After the war he moved to Paris and knew many artists, including Gertrude Stein, John Dos Passos, John O’Hara, Jean Cocteau, Pablo Picasso, Cole Porter, and Dorothy Parker. He was good friends with Scott Fitzgerald and one of Ernest Hemingway’s closest. He served as Librarian of Congress.

MacLeish ultimately broke with modernism, though his early modernist statement in his 1926 poem “Ars Poetica” endures: “A poem should not mean/But be.” Later, he became somewhat unpopular in the literary world for writing poems that dealt with political and public life. As David Barber wrote in an essay for Modern American Poetry, “He rejected the modernist emphasis on the private individual’s experience and the poet’s alienation from society. The poet, he came to believe, was inevitably involved in society.” MacLeish defended himself to Benjamin DeMott in an interview for the Paris Review:

There are those on the fringes of the art who think that poetry and the public world should be mutually exclusive—as though poets were the internists of the profession and should stick to their bowels. . . . If you can break through the confusion of words about a political crisis like the Pentagon Papers to the human fact—such as the human reality of an attorney general’s behavior—you have written the experience. And the fact that the writing appears in The New York Times won’t change that fact for better or worse. Journalism also has its uses—and to poets as well as to journalists.

You spoke of the Apollo flight—the first circumnavigation of the moon—the one that produced that now familiar, but still miraculous, photograph of the earth seen off beyond the threshold of the moon . . . “small and blue and beautiful in that eternal silence where it floats.” This was one of the great revolutionary moments of the human consciousness, but the moment was not explicit in the photograph nor in the newspaper accounts of the voyage. Only the imagination could recognize it—make imaginative sense of it. Are we seriously to be told that the imagination has no role to play here because the event is in the newspapers? Or is it the publication in the newspapers of the imaginative labor which offends?

MacLeish’s statement about the dangers of pride for writers also endures, while also being the first and last word on ethics for writers. (He knew well three hugely talented victims of egotistical self promotion: Hemingway, Fitzgerald, and Robert Frost.) He said in the Paris Review interview:

The essential is not to think of one’s self as a writer and to do nothing which will put one’s self in that popinjay attitude. You don’t write as a writer, you write as a man—a man with a certain hard-earned skill in the use of words, a particular, and particularly naked, consciousness of human life, of the human tragedy and triumph—a man who is moved by human life, who cannot take it for granted. . . . You can put it down, I think, as gospel that a self-advertising writer is always a self-extinguished writer.

MacLeish courted Bob Dylan in the late sixties to write songs for his play Scratch, based on the Stephen Vincent Benét short story “The Devil and Daniel Webster.” Dylan said in his memoir, Chronicles: Volume One, that MacLeish was “the poet of night stones and the quick earth. . . . He could take real people from history . . . and with the tender touch of a creator, deliver them right to your door.”

Dylan’s memoir, Chronicles. I’d bought Chronicles years ago and only recently opened it to read about MacLeish, then read the whole thing, and was glad. It’s impressionistic, unconventional—the New York Times called it “flabbergasting.” It zooms when Dylan jumps years ahead and writes about his creative rebirth with producer Daniel Lanois in New Orleans, working on what became Oh Mercy. That 1989 album—another Dylan “comeback”— features one of my favorite Dylan songs, “Man in the Long Dark Coat,” and Dylan tells of its genesis. He got in a funk during the recording sessions, and to change his emotional weather took a long motorcycle ride through Louisiana, met a strange old apocalyptic coot named Sun Pie who ran a funky store-restaurant-boatyard. Sun Pie’s Old Testament ramblings sparked something mysterious; it’s like one of his Mojave songs, or so I think of them, like “All Along the Watchtower,” “When the Night Comes Falling from the Sky,” or “Señor (Tales of Yankee Power),” the latter with the immortal line: “Well, the last thing I remember before I stripped and kneeled/ Was that trainload of fools bogged down in a magnetic field.” But unlike the other Mojave songs, “Man in the Long Dark Coat” is humid, with a hurricane, crickets, floodwaters, a menacing Bible-quoting stranger. 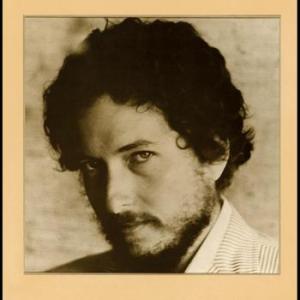 Anyway, Dylan found MacLeish’s Scratch too dark, “heavy,” and MacLeish found Dylan’s trial songs too light; after a second meeting at MacLeish’s house they went their separate ways. Dylan used some of his Scratch efforts on his wonderful 1970 family-man, Woodstock-phase album New Morning (the title song, for one, according to Dylan; evidently “Father of Night,” supposedly “Time Passes Slowly”). After the disaster of Dylan’s Self Portrait, critics hailed New Morning as a comeback. As for Scratch, it bombed, closed in three days.

When Dylan met MacLeish. Dylan’s accounts of their meetings are touching for how he portrays his feeling of being flattered by MacLeish’s attention and for how star-struck he seems in MacLeish’s presence. Dylan saw Joyce’s Ulysses on MacLeish’s shelf and almost asked him to explain it, since when Dylan tried to read Ulysses Joyce had seemed “the most arrogant man who ever lived” and its words mystifying. MacLeish was highly educated—the product of Hotchkiss, Yale, and Harvard Law—and could have summed up Ulysses for Dylan, the intuitive bohemian. MacLeish had even known Joyce. But Dylan was too shy: he wondered but didn’t ask. As for “Archie” MacLeish, Dylan said, “He possessed more knowledge of mankind and its vagaries than most men acquire in a lifetime.”

I agree. MacLeish was wise. He took a long view—he knew he was no Yeats, was modest, but he was a poet; his efforts fed the ocean of literature, and he was smart and had learned from experience. In a continuation of his thought that a writer lives as a man, not as a writer, MacLeish said in Paris Review:

What you really have to know is one: yourself. And the only way you can know that one is in the mirror of the others. And the only way you can see into the mirror of the others is by love or its opposite—by profound emotion. Certainly not by curiosity—by dancing around asking, looking, making notes. You have to live relationships to know. Which is why a lifetime marriage with a woman you love is a great gift, and five marriages in a raddled row is a disaster to everyone, including the marrier. The great luck—the immeasurable luck—for a man trying to write the poem of his life is to have known good men and women and to have loved them well enough to learn the differences from himself. It won’t guarantee the poem will get written but it is immeasurable luck.

Reading Scott Fitzgerald’s letters to Ernest is illuminating in this connection: you see at once what was wrong with that friendship. Scott writes as a writer. And in friendship, in human relations, in life, there is no such thing as a writer: there is merely a man who sometimes writes. I can’t imagine anything shallower than a friendship based on a common interest in the production of literature.

MacLeish’s essay “Poetry and Journalism,” delivered as a lecture in 1958, published as a monograph, and collected in his 1967 book A Continuous Journey, is a touchstone for me. His recognition of journalism as a form of literature inspired me when I was a young reporter. I returned to his words during this surge of creative nonfiction, curious about what he said about journalism and whether it applies more broadly. MacLeish defines art in the essay in a way that includes journalism, still literature’s and nonfiction’s red-headed stepchild.

David Shields redux. Today’s creative nonfiction seems often to set itself apart from journalism, on the one hand, and to claim equal artistic status with fiction on the other. David Shields, in Reality Hunger, claims greater artistic merit for creative nonfiction, at least compared with what he considers the dead narrative moves of traditional fiction. Shields calls the book his “ars poetica,” which means the art or nature of poetry. In fact it was Shields’s recent, second interview with The Rumpus, on the occasion of his book’s issuance in paperback, that spurred my return to MacLeish’s “Poetry and Journalism” to try to figure out for myself, once again, what art is and how much freedom the artist needs to achieve it.

I believe that art is intensely personal and so must the artist be. Does this mean that journalism, at least, cannot be art, while creative nonfiction with its greater freedom can be?

Next: Archibald MacLeish’s seminal essay “Poetry and Journalism” on how all writing, from poems to news reports, consists of recreations from the world’s materials and shares more similarities than fundamental differences.