To plan or to plunge?

—Basho, The Narrow Road to the Deep North and Other Sketches 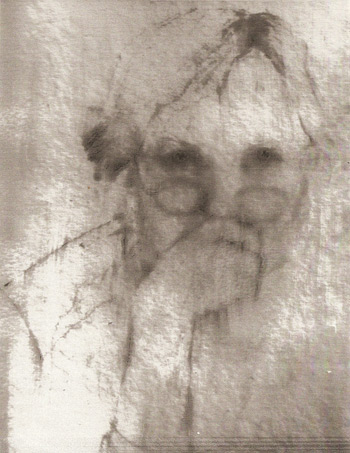 Rachel Howard’s essay on “gesture writing” in The New York Times interests me for a couple of reasons. First, I’ve taken two writing classes from her through Stanford’s online continuing studies offerings, and she’s a generous teacher and a true prose artist who has published a memoir about her father’s murder and is completing a novel. Second, her essay concerns one of those core writing issues that is challenging to discuss and which I’ve gone back and forth about on this blog: the role of the conscious or critical mind versus the unconscious or intuitive mind in initial creation.

Rachel’s insight favoring the intuitive arrived after she started posing as a nude model for drawing classes. She was impressed by a teacher who urged his students to capture her essence in the pose rather than to try to make their sketches representational. Rachel explains:

This “gesture” idea was fundamental. In painting classes, where I held the same pose for three hours (with frequent five-minute breaks, thank God), the paintings that looked most alive were built on top of a good gesture sketch, a first-step, quick-and-dirty drawing in which many crucial decisions about placement, perspective and emphasis were made intuitively.

In a gesture drawing, a whole arm that didn’t matter much might be just a smudgy slash, while a line that captured the twist of a spine might stand in sharp, carefully observed relief. The “gesture” was the line of organic connection within the body, the trace of kinetic cause-and-effect that made the figure a live human being rather than a corpse of stitched-together parts. If you “found the gesture,” you found life.

This quick impressionistic approach helped her, she says, find the essence of a scene she’d been struggling with in her novel. Abandoning her keyboard, she sat on the floor with a notebook and saw the scene unfold fast and clear in her mind. She jotted new dialogue, suddenly seeing and capturing a new point of view as well. In Peter Elbow’s terms in Writing With Power, Rachel experienced the scene. And when a writer does that, the scene lives because its details are both organic and relevant—what the writer or participants really would see and feel—rather than being laboriously descriptive and feeling somehow false or dead.

Elbow speculates that effective images tap more of the writer’s memory fragments, thus becoming vivid images rather than abstract ideas or conceptions. He notes that one drawing technique forbids the artist to look at the paper but to pour all energy into seeing, and explains:

The drawings people produce when they can’t look at their paper are very instructive. They are liable to have obvious distortions of one sort or another. But they usually have more life, energy, and experience in them than drawings produced when you keep looking back to your paper and correcting your line and thereby achieving more accuracy. They give the viewer more of the experience of that torso or apple. . . .

If you want your words to make a reader have an experience, you have to have an experience yourself—not just deal in ideas or concepts. What this means in practice is you have to put all your energy into seeing—into connecting or making contact or participating with what you are writing about—into being there or having the hallucination. And no effort at all into searching for words. When you have the experience . . . you can just open your mouth and the words that emerge will be what you need. (In the case of writing, though, you will have to revise later.)

Writing With Power (discussed much on this blog, along with his other work, as the linked words suggest) is a brief for process-based writing. Elbow’s theories apparently have done much good in schools because beginning writers are taught that their first drafts can be messy, and should be, and that writing is steadily refined instead of arriving flawless the first time. In contrast, what I and many writers do—compose and edit at the same time, polishing each sentence and passage as we go—he calls “the dangerous method.” That’s because, in his view, the critical, editing mind is different from and hostile to the creative, holistic one.

Recently I wrote here about stylist Verlyn Klinkenborg’s Several Short Sentences About Writing, in which he argues that there isn’t such a split, and that in struggling to perfect each sentence—he “auditions” and rejects many—the writer discovers her material and brings it to life. Even as the Times offers Rachel’s essay, it’s running a new one by Klinkenborg, another of his small wonders—only 386 words—about the mounted head of a mule deer, shot by his father during their Colorado years, that he’s been lugging around his whole life. His essay interests me because I’m a fan, because of its remarkable compression, and because I’m vacationing in Colorado right now.

This apparent schism between Rachel and Verlyn’s process of composition relates to the everlasting argument in creative writing between “plotters,” who plan everything, and “pantsers,” who plunge in and proceed by the seat of their pants. I think most writers work in the middle; they do both, if not initially then eventually. Notice that Rachel had a complete draft, at least of that problem scene, when she retreated with her notebook. One might even surmise that her intuitive fix worked because she’d already gutted out the scene; she knew it cold from more plodding work.

Who knows? But the fun and the key is finding out what works for you.

After I posted this I realized maybe I’ve muddied the water in equating Elbow’s dangerous method—editing as you create—with planning your structure. A writer might polish each sentence as she goes even if she doesn’t know where she’s going in terms of plot or structure. Also, in Rachel’s example she already knew what was happening in the scene—she’d previously created it—just didn’t like how it was playing out. So she sat and riffed, seeing it fresh. But it was not in that sense initial creation.