A new manual for flash nonfiction

They furnished off an apartment with a two-room Roebuck sale
The coolerator was crammed with TV dinners and ginger ale
But when Pierre found work the little money coming worked out well
C’est la vie, say the old folks, it goes to show you never can tell

When I was in school I hated creative writing exercises. They were just diversions from what I wanted to write. Now that I’m a teacher I see their great value and wish more teachers had made me use them. They surprise the planning mind, which may be cunning but struggles to soar. So for my classes now I peruse my growing file of other teachers’ exercises or hunt inside Now Write! Nonfiction: Memoir, Journalism, and Creative Writing Exercises from Today’s Best Writers and Teachers, edited by Sherry Ellis.

Before a prompt I like to play a catchy story song—for instruction and inspiration—because songs are so structural and so compressed (I make sure the students are holding a printout of the lyrics in their hands as they listen).

Now comes Dinty W. Moore with more helpful prompts in The Rose Metal Press Guide to Writing Flash Nonfiction. It joins the Press’s guide to flash fiction, a genre that, Moore notes, stimulated short nonfiction efforts as it expanded in the 1980s. In his helpful historical overview Moore defines concise creative nonfiction as that of up to 2,000 words, though most is much shorter, 500 to 1,000, and 750 is the upper limit he’s set for his own journal, Brevity. His new guide features exercises, thoughts, and tips by masters such as Lia Purpura, Lee Martin, and Sue William Silverman, as well as their own published essays.

I have found it clarifying to read my essays-in-progress in environments that are wholly different than the environment in which they were initially drafted. In this way, I reconstitute the sense of essay-as-letter, even if it’s addressed only to myself and is in its infancy. Take an essay you’ve been working on and read it aloud to yourself in a fresh place. Reading in the car at a red light allows for an urgency of hearing, and a close, fast, focused, intensified listening. Reading in a coffee shop (best if it’s in another country) allows for a form of intimacy created by ambient, atmospheric bustling—that sense of being happily on the sidelines. Reading a work-in-progress in a library, a space of enforced silence, can make the encounter feel different, too: almost chatty, in a private, slightly secretive kind of way.

As a writer I’ve found concise essays fascinating and challenging. They lend themselves to at least starting with prompts. In their imperative to make every word count, they underscore the affinity between poetry and creative nonfiction. Like great songs they often begin in media res and set in motion whole worlds in readers’ minds. While pulling off a publishable piece is as hard as for any form, they foster a freer and freeing approach. Writing that feels like cheating? That lightens one’s heart? Give me more.

And for anyone, success is apt to start in low-stakes exercises like those in The Rose Metal Press Guide to Writing Flash Nonfiction. You never can tell. 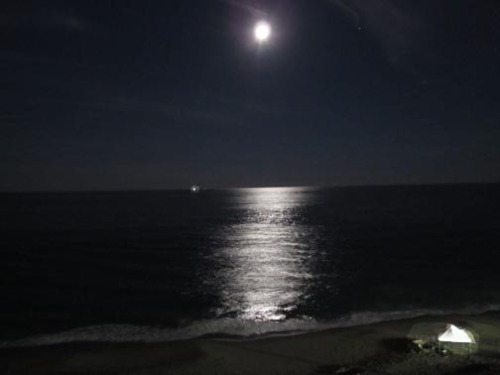 There is a wonderful freedom in the essay, a rare permission to follow one’s curiosity wherever it may lead. But with this freedom comes the challenge of how to insure coherent movement and interest for the reader.”—Dinty W. Moore, Crafting the Personal Essay

I admit, I told a class last semester, that we read stories for various reasons, including intrinsic interest. “If you score an interview with Barack Obama,” I said, “you can lean pretty heavily on that. But otherwise, stories that grip us involve some tension—a conflict or question.” How to get this across to students—and to myself—keeps me occupied. And it devils me when I receive a student’s personal narrative that lacks any urgency or even movement. Or when I churn out one myself.

Such flat writing flunks the “So What?” test. Bruce Ballenger writes in Crafting Truth: Short Studies in Creative Nonfiction, “The simple question, What is going to happen next? is triggered by the tension between what readers know and what they want to know. This is the most familiar dramatic tension in storytelling.”

Of course, Ballenger adds, withholding information can seem manipulative, since readers know that the writer knows the outcome. Narrative alone isn’t enough: “Ultimately the work has to answer a simple question: So what? Or as Philip Gerard suggested, What is at stake here? Why might this story matter to the reader? What is at stake for the writer or the characters? Is there a larger truth that will somehow matter?”

Questions or mysteries drive effective writing more than a mere narrative of events. E.M. Forster puts it this way in Aspects of the Novel: “ ‘The king died and then the queen died’ is a story. ‘The king died, and then the queen died of grief’ is a plot.” And a plot with a mystery in it is “a form capable of high development,” Forster adds: “The queen died, no one knew why, until it was discovered that it was through grief at the death of the king.”

Tension arises as a work tries to answer such mysteries, though in nonfiction at least I think the reader must be persuaded that the writer herself is on a voyage of discovery, trying to solve a riddle that perhaps can’t be solved, or at least not neatly. Ballenger says, “Fundamentally, every essay, memoir, or piece of literary journalism must seem purposeful.  . . . Usually, purpose is signaled early in the work—the first few paragraphs of a short essay, the first page or two in a longer one, or perhaps an early chapter in a memoir. This destination must seem appealing, and tension is key.”

Ballenger says tension is an “exercise in defying readers’ expectations” and can be achieved four ways:

• drama: will the story unfold in the way expected;

• emotion: the gap between what readers expect the writer will feel and what she does feel;

• thematically: an unusual idea or viewpoint;

• and through language: a surprising or pleasing way of expression.

Tension can be enhanced through structure, and Ballenger lists these ways:

• Playing with time: the past and present used together raise questions: why did that happen? what’s the full story? what are the links between then and now?

• Questions: readers want answers raised by the material itself or the writer.

In “How Structure Creates a Sense of Movement in Non-Narrative Essays”—one of many great concise essays on craft at the Hunger Mountain Review web site—Allison Vrbova discusses how traditional meditative and contemporary lyric essays work. But to do so she must first explain how storytelling essays work. They have, she says, “a horizontal, time-driven trajectory” but also include a “second direction of movement” that writer Eileen Pollack calls the “central question.” Vrbova quotes Pollack:

As the writer holds up his question to the narrative while moving along in time, the friction between the question and the scene (or even a single detail) throws up meditative sparks.

Vrbova says a non-narrative essay, meditative or lyric, “dives over and over again into an image or idea.” A great meditative example of this, she says, and I agree, is Annie Dillard’s “Living Like Weasels,” much anthologized and available full-text on the web with a little searching. Another good example, of a more lyric effort, is Lia Purpura’s Pushcart-winner “Glaciology,” at Agni online. And Vrbova recommends as well Eula Biss’s celebrated Seneca Review essay “The Pain Scale,” a somewhat condensed Harper’s Magazine version of which is available as a PDF on about the third page of a Google search.

Meditative or lyric essays, Vrbova says, rely “on the accumulation and juxtaposition of often-disparate images” to impart a sense of movement.” I’d argue that that isn’t much different from what is propelling intrigued readers through all narratives: a desire to find out what happens and to share, with the writer, a significant experience in which something is unresolved and at stake.