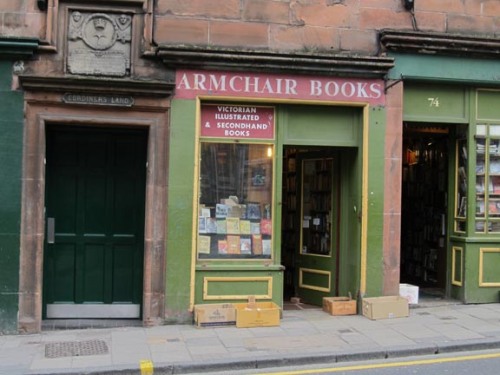 Especially memoirists and essayists, but apparently fiction writers, too, more than I’d supposed. From Pico Iyer’s superb April 11 “Voices Inside Their Head” column in The New York Times:

At its core, writing is about cutting beneath every social expectation to get to the voice you have when no one is listening. It’s about finding something true, the voice that lies beneath all words. But the paradox of writing is that everyone at her desk finds that the stunning passage written in the morning seems flat three hours later, and by the time it’s rewritten, the original version will look dazzling again. Our moods, our beings are as changeable as the sky (long hours at any writing project teach us), so we can no longer trust any one voice as definitive or lasting.

The ideal writer should be a Method actor of sorts, I’ve always felt: Meryl Streep can get so profoundly into Isak Dinesen, Margaret Thatcher and Karen Silkwood in part because she finds that corner in herself that rhymes with each one of them. We can evoke the people (or places) that move us by becoming them, since every subject worth taking on remakes us in its own image. In my first book, I thought it only right to describe the Philippines in a passionate, undefended, solicitous voice — to reflect what I saw in the place itself — and, five chapters later, to evoke Japan from a glassy remove, to speak for its cool and polished distances. Writing on the Dalai Lama, I work hard to espouse an analytical and logical and rigorous part of myself — to transmit by example those qualities most evident in him. And then, when I turn to writing about Graham Greene, I aspire to a more haunted, shriven, doubting (even English) voice.