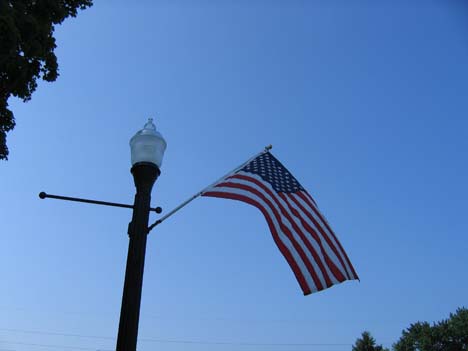 Semi-automatic, high-magazine-capacity firearms—assault weapons—need to be controlled much more stringently in America. Duh, I imagine women readers responding. There’s more ambivalence among men. This position is new for me, someone who grew up in a hunting family, steeped in military service and heroic special forces exploits and with a brother in law enforcement. Many if not most cops opposed or were ambivalent about the last assault weapons ban. They’re gun folk.

I’ve used firearms as tools—as a hunter years ago, and for many years as a farmer—and I understand guns as tools. I also understand the love of guns as beautiful objects with a craft that approaches art: few artifacts are as well made or invested with such fine workmanship, materials, and durability. And 99.9 percent of gun owners, or higher, pose no risk to anyone. Quite the contrary, perhaps. There’s merit in being able to defend yourself and others.

But the ease and rapidity with which assault weapons, rifles and pistols, can be fired and reloaded make them unfit to be circulating widely in a civilized society. They are why our law enforcement officers are now armed with military grade weapons that make their old standby, the .38 special revolver, look like a quaint toy. Glued to the TV over the weekend as news of the school massacre in Newtown, Connecticut, unfolded, I couldn’t help but think how much slower a killer Adam Lanza would have been had he been working a bolt-action hunting rifle. Or even firing the classic eight-shot Colt .45 semi-automatic handgun. Or for that matter using a semi-automatic .308 deer rifle with maybe a six-shot clip. He had multiple thirty-round magazines. Just as even gun fanatics had to accept the U.S. ban on fully automatic weapons, they can adjust to reduced clip capacities and to parameters that limit the sale of weapons of little or no use for hunting or competitive shooting.

A crackdown has been the gun lobby’s fear about President Barack Obama from the start. In their paranoid narrative, gun control has always been his hidden agenda. Before his first inauguration, gun stores could hardly keep assault rifles in stock and sold out of ammunition nationwide. I can only imagine the brisk business they are doing now. Obama did not mention gun control in his powerful speech at the memorial service for victims, but he did call for action. He is responding as a leader should and asking a question. What is the will of the people? Maybe it is to make our schools more like fortresses, but I don’t think that’s the whole answer. A silver lining in this tragedy seems to be some bipartisan movement toward restoring the assault weapons ban that expired on George W. Bush’s criminally negligent watch.

Mental health services seem a vital part of this equation. America’s system has holes in it, our ability to institutionalize the mentally ill radically limited. I have no answers there, though I’ve also heard no evidence yet that Lanza’s mother considered him ill or a threat or sought help for him. The fact is, however, that we are group animals, and even healthy loners need a certain level of human interaction. You can’t legislate that, but we might recognize formally what everyone knows intuitively and some know professionally: radically isolated people, especially if they are young men surging with testosterone, are at risk to themselves and society.

Amidst the flurry of early erroneous news reports about the shootings, we learned that Lanza’s weapons were owned and registered to his mother. That much appears true. But some of us, trying to make sense of a woman who owned weapons like that, trying to make a story—because we understand life through narrative—put two and two together: “She bought them for her son. She must have been crazy.” The story became more complex when we learned that she was a gun enthusiast who took her son to the target range. They were her guns.

Guns don’t kill, people do, goes the gun lobby trope. But I can’t help but wonder if anything like this would have happened had Mrs. Lanza had been a dog nerd instead of a gun nut. Say she had six dogs and had involved young Adam with her in Labrador retriever rescue work. Fact is, people need people, but dogs are about as good. And she and Adam and the other Lab fanatics would have had their own little society, helpful, harmless, and happy. He’d have had canine buddies and human contact beyond his mother. This is the loving alternative I picture.

Because a dog says one thing to a troubled kid; a Bushmaster .223 assault rifle says another.